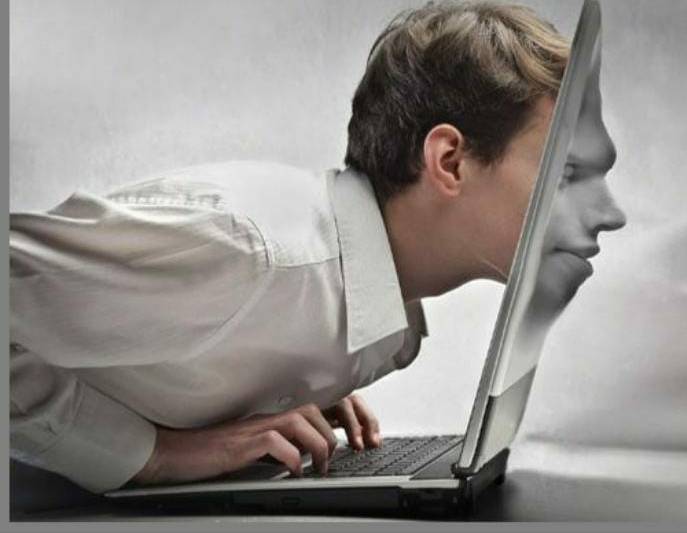 The internet is an important modern means of obtaining information and
establishing communication with others. In today’s world internet has become
an essential need of human life.The internet is commonly used on mobile
phones, computers, I pads, laptops etc. by literate as well as illiterate. As it is
easily accessible by all, thus it’s myriad applications including gaming ,social
networking, dating, shopping and countless others are used universally .Thus
the world is unknowingly moving towards internet addiction. The use of
internet addiction terminology has the same effects of behavioural compulsions
( for example compulsive online video game playing) on dopamine pathways
and other brain structures demonstrated to be comparable of chemical
addictions. According to Kimberly Young diagnosing internet addiction is often
complex unlike chemical dependency and substance abuse,as the internet offers
several direct benefits ( ease of communication as well as getting information)
as well. This bombardment of information itself has become a beast as certain
obsessive individuals find out the symptoms of their diseases online and shows
hypochondriasis (that is phobia of having illnesses based on self-analysis).
Along with this another prevalent problem of compulsive phone users is
becoming nomophobiac. The term nomophobia is the irrational fear of being
without mobile phone or being unable to use phone for some reason,people
even get scared if they cannot find their mobiles or they feel uneasy when their
phones are switched off.

Excessive uncontrolled, thoughtless and unwise usage of internet can have a
negative effect on the development of personal skills and health and lifestyle.
While busy on phones for browsing internet there is an indulgence in other
activities, thus people are more involved in multitasking than earlier times.
These activities may be listening music, eating, talking or even studying and
going through homework assignments for students . Multi-tasking reduces
efficiency and reduce productivity as quickly shifting attention from one task to
another causes mental blocks .A study among students (Kin JH,2010 )in Hong
Kong reported that internet users are less likely than others to engage in health
promoting behaviour such as attempting to eat healthy diet, taking nutritional
supplements and trying to increase physical activity levels. Spending more time
on internet have negative effect on many lifestyle related factors such as
irregular eating habit management. It was found that female students having
severe internet addiction were rated higher scores in the subscales of eating
attitude tests compared to those who did not have internet addiction. Individuals
having anxiety related to body image and with disordered eating attitudes may
be using social media as a way of coping rather than enter into an environment
that would increase their psychopathology .Also individual’s usage of specific
social media platforms such as Facebook, Twitter etc. positively correlates with

low body image and satisfaction. It provides evidence against the argument that
text-based( i.e. Twitter, Facebook, Google etc. )and image based platforms (i.e.
Instagram, Snapchat ,pin interest) may have different effects on disordered
eating behaviour .As Twitter, Facebook and Tumblr users reports the highest
level of disordered eating behaviour. On the same lines more hours used on
facebook are not significantly associated with increased disordered eating but
more use of Instagram was positively and significantly associated with
increased level of disordered eating. This may be due to centeredness of
Instagram around image. In the end it can be emphasized that internet addiction
is the upcoming catastrophe which is leading to lifestyle changes among the
frequent users. The foremost problem diagnosed via various researches and
studies is the complex state of effects on mind and eating disorders.

While using phones and laptops regularly individuals in a society are getting
addicted or hooked on Internet. It may be for acquiring information or for social
interaction but there is a high negative effect of this internet addiction on the
behaviours. High incidences of obesity is prevalent in adults and teenagers
nowadays because of the sedentary lifestyles, an outcome of long hours of
sitting and browsing internet. This lifestyle is also the creator of chronic
physiological and psychological disorders. Some of the common diseases are
from physiological disorders like Diabetes, Cardiovascular diseases, Cancers to
psychological disorders like Bulimia, Anorexia Nervosa.

Among teenagers and young adults the incidence of above mentioned disorders
and internet addiction and unwise mobile phone usage is an upcoming and
prominent problem. This could be one of the outcomes of improper parenting
skills as well. Parents are unable to keep a check on their children’s time spent
on phones or laptops. Parents are not aware of the symptoms in their children
of internet addiction which may be irritability when trying to cut back time
spent on phones, staying online longer than intended, jeopardizing significant
relationships to stay online, lying to cover up internet use and using internet as
an escape from problems. There is a need to make parents aware that it is they
who are responsible for their children’s habit formations. But the major issue is
unknowingly the parents themselves are the role models for their children and
when during childhood they gave phones or laptops to their children to keep
them busy that was the first time they introduced internet addiction to their
children. Or when they themselves are busy on phones or on social media their
children are learning the same and they think it is normal behaviour to spend
most of their free time on mobiles or browsing internet.

Spending leisure time with children, playing board games, playing outdoor
games or going to parks are some of the important aspects which are not present
in today’s life on the fast lane. The most important fact is that these activities

are to be shared by both the parents equally and these should not be the
responsibilities of the grandparents or the household help. So it is the need of
the hour to change our habits as parents and try to keep a check on ourselves
and our children to reduce time spent online so that internet addiction may not
become the menace for disturbing our physical and psychological balance.

1 thought on “Hit The Cause to Break Internet Addiction” 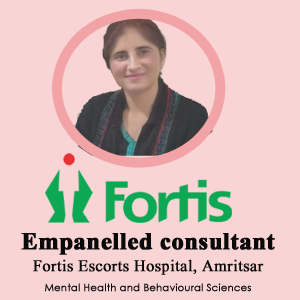